The nanoscale dynamics of proteins in the synaptic bouton

Synaptic bouton, or the presynaptic terminal, is the key component of the nervous system responsible for neurotransmitter release. Its function and composition, including proteins identities, copy numbers and distributions, are well known. The mobility of some elements, such as the synaptic vesicles, as well as the transport of molecules to and from synapses and the movement of a few of the presynaptic molecules have been investigated in the past. However, just like for any other cellular compartment, little information about the overall dynamic organization of the synaptic proteins is available, which leaves open several fundamental questions about synaptic function and organization.

The laboratory of Prof. Silvio Rizzoli addressed this issue by measuring the mobility of 47 different proteins in the synaptic boutons and axons of living hippocampal neurons. The obtained results allowed the authors not to only analyze the connections between mobility and various protein parameters, as well as to understand the basic mechanisms regulating protein mobility and distribution within the synaptic boutons, but also to create the first realistic representation of overall protein motion in a cellular compartment. The animated illustration shows thousands of protein molecules moving within a synaptic bouton according to their realistic speeds measured in living cells, all represented in realistic sizes, shapes and copy numbers.

This study allows for further detailed research of synaptic function for laboratories specialized in neuronal and synaptic modeling, who may exploit the entire dataset by introducing all protein amounts and mobilities in multi-reaction models. In addition, the generated visualizations can become a valuable educational tool to demonstrate the dynamic organization of cells to general public. 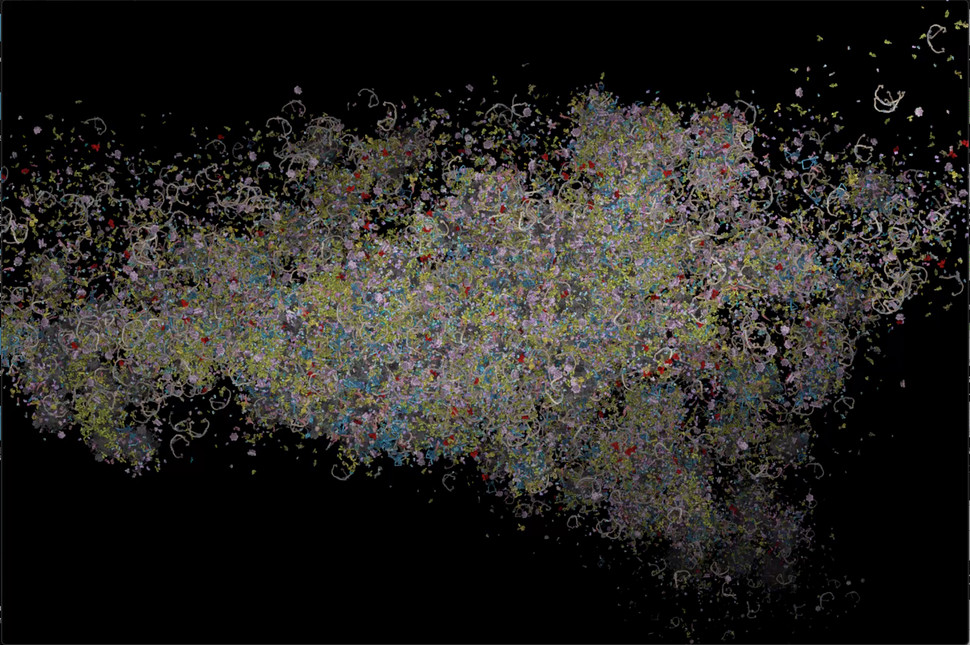